By Tim Stickings For Mailonline

These haunting black-and-white pictures show animals in captivity at a zoo in Bangladesh.

A monkey with its face to the ground, an elephant in chains and a lonely rabbit on the hard ground with no greenery in sight are among the sad-looking creatures pictured at the attraction in Dhaka.

Also among the images are a kangaroo lying still on its side, a monkey reaching out of its cage to grasp a water bottle and the hairy paw of an unknown animal reaching out helplessly from behind bars.

Photographer Shafiqul Islam, 35, is a critic of zoo conditions and said he wanted to highlight the ‘fear, the hunger, the pain and the sadness’ experienced by animals.

‘Visitors can’t see the actual situation inside the cages. It feels like animals are kept as prisoners without committing any crime,’ he said, describing his photo collection which he called ‘Prisoners’.

Zoos can play an important role in protecting endangered species but animals should not be treated as ‘living showpieces’, he argued. 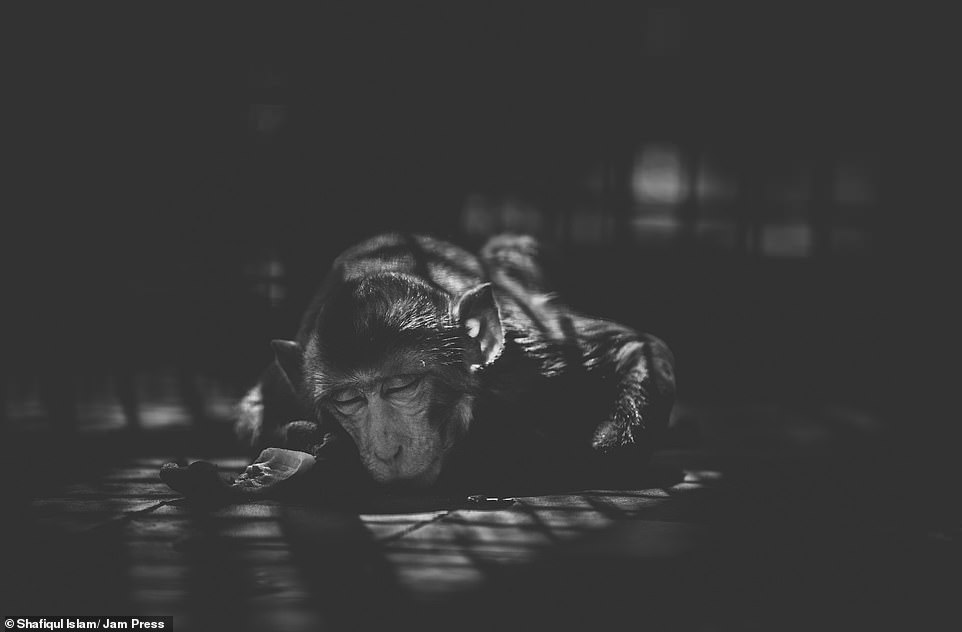 Face to the ground: This monkey is lying with its its eyes almost closed and its chin against the floor with the bars of its cage reflected on the ground, at the zoo in Bangladesh 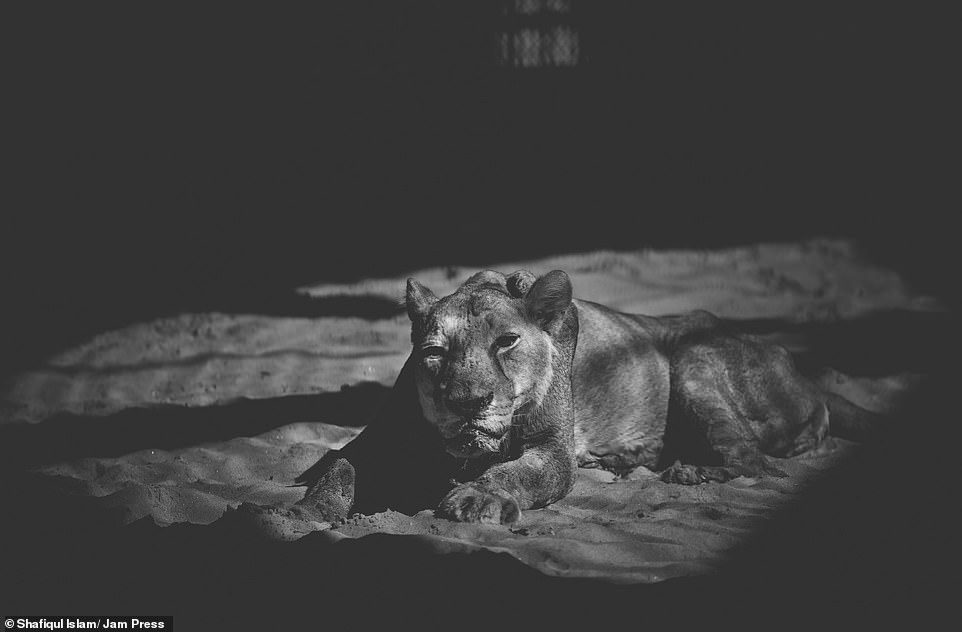 Not much to smile about: This female lion looks less than cheerful as it lies on the soft ground with its paws in front of it 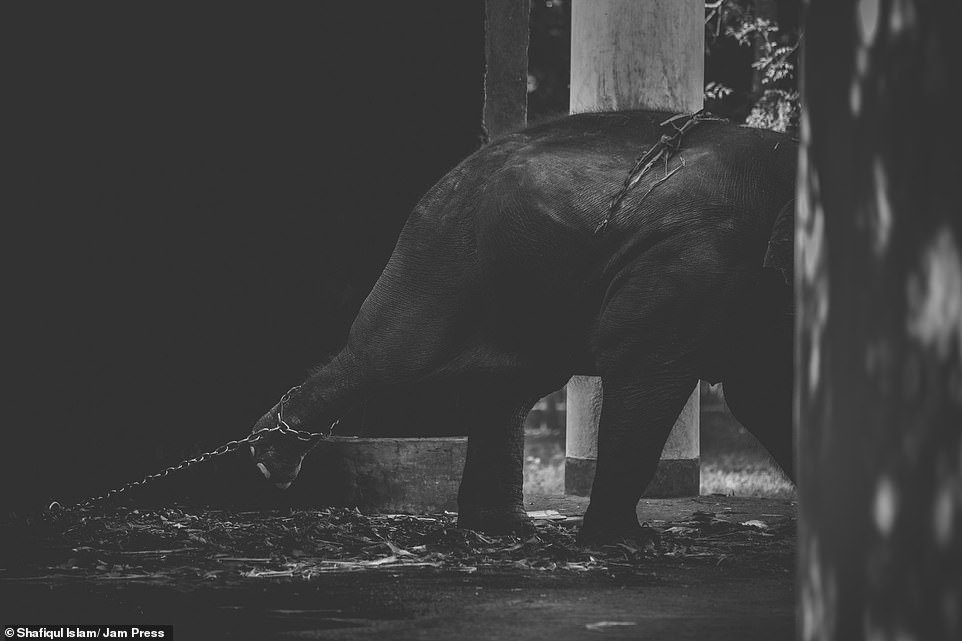 Chained up: This elephant has a chain tied around one of its legs and fastened to the ground as it is kept captive in the zoo 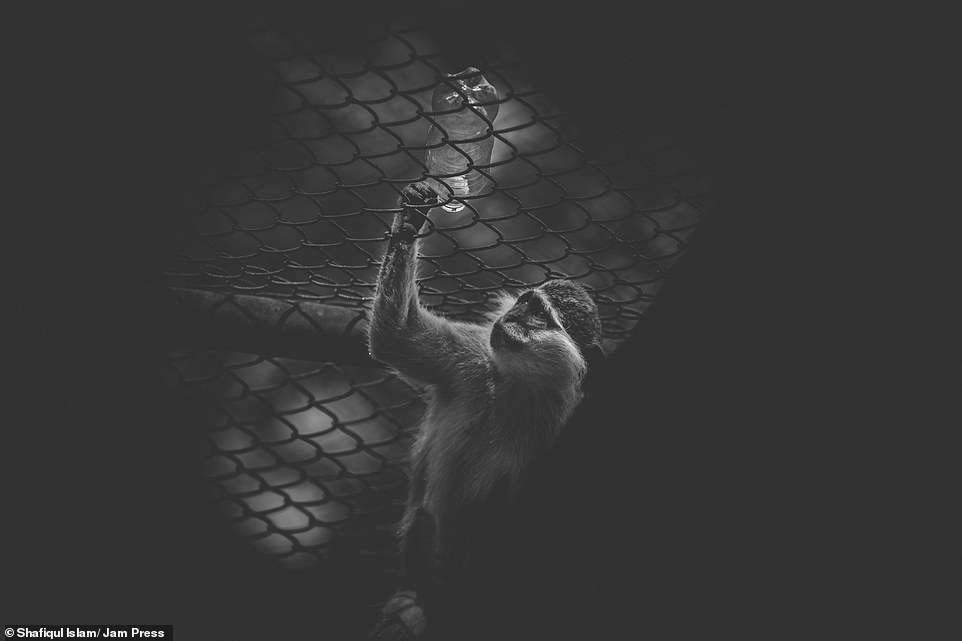 Reaching out: This monkey is lifting its right hand out through the mesh of a cage in order to grasp a plastic water bottle 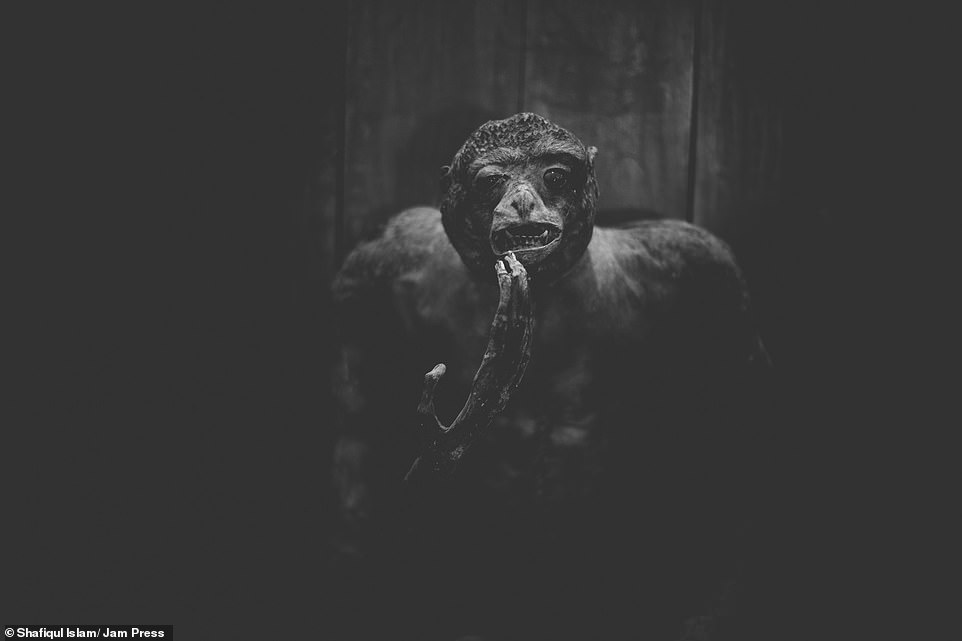 Optical illusion: In this image it is unclear whether this terrifying-looking mammal has an exceptionally large hand or is holding an unusually shaped piece of wood. With its face like a mask, it is hard to say whether the animal is even real 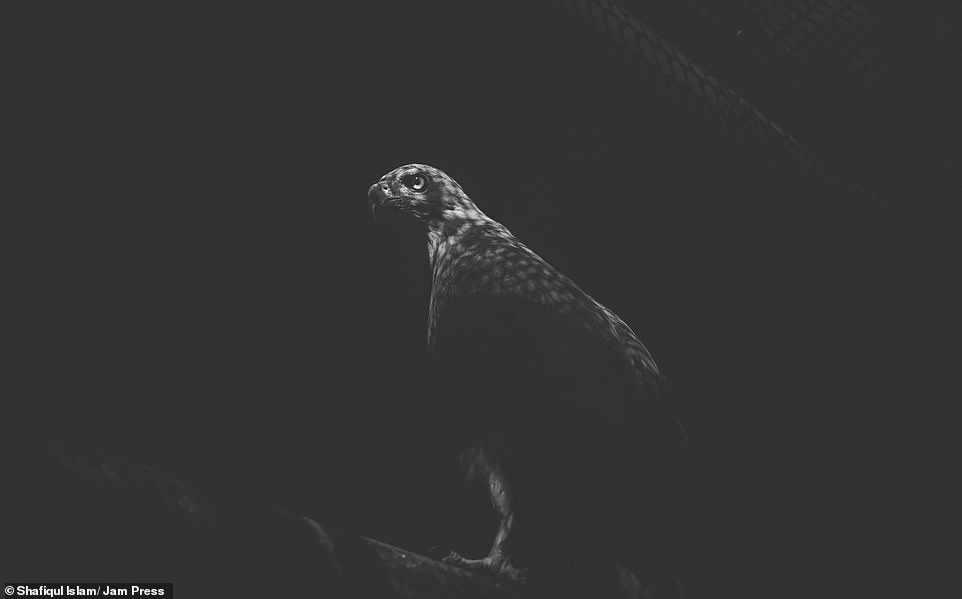 Keeping watch: A bird of prey stands alert on a ledge with its eyes looking straight ahead in the darkness 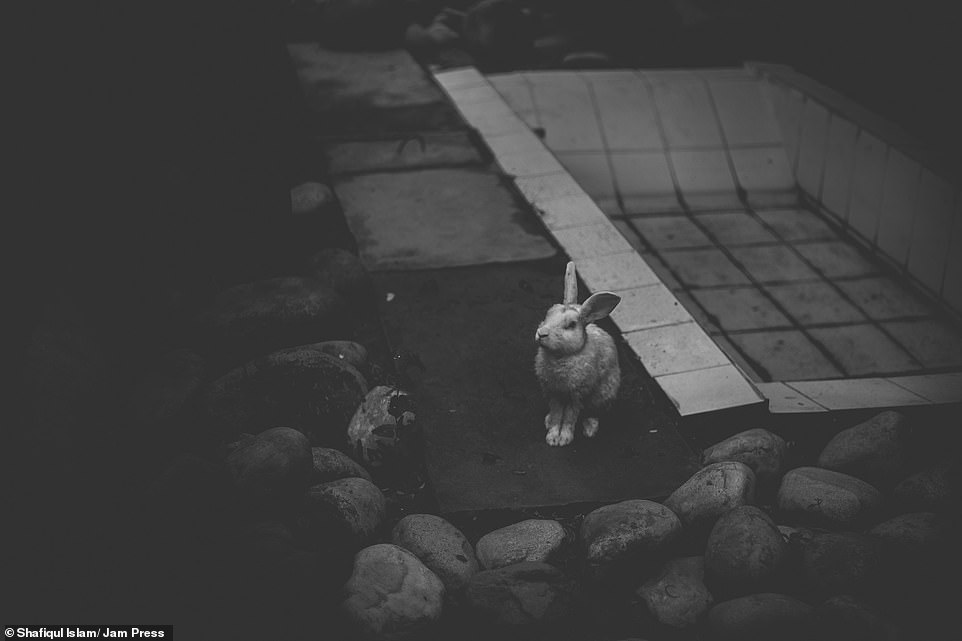 At the edge: One of the smaller inhabitants of the zoo, this rabbit is standing between a pile of rocks and an empty basin, with no greenery in sight 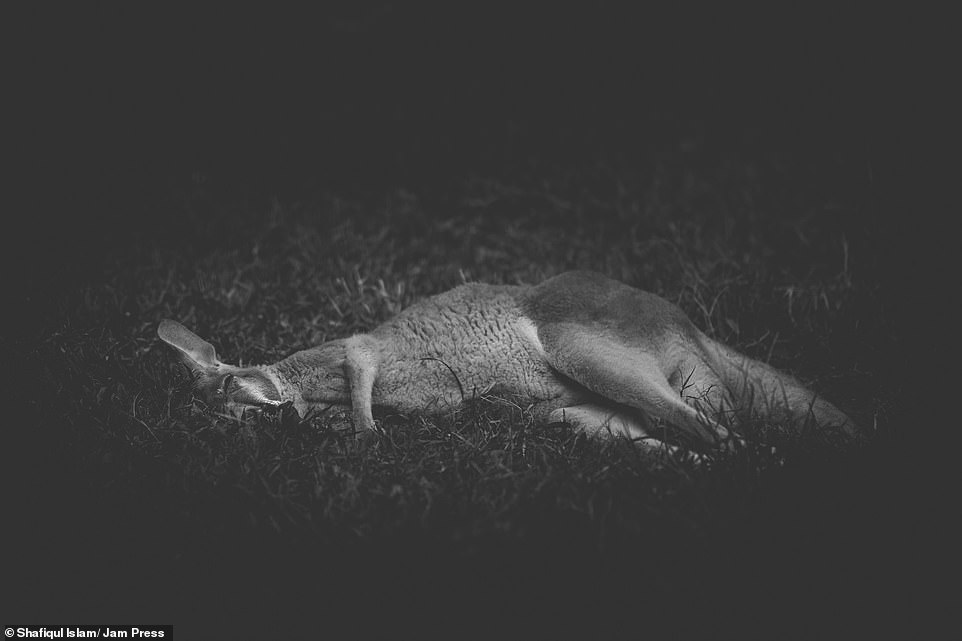 Asleep: This kangaroo is lying on one side in the grass at the zoo where the Bangladeshi photographer took his pictures 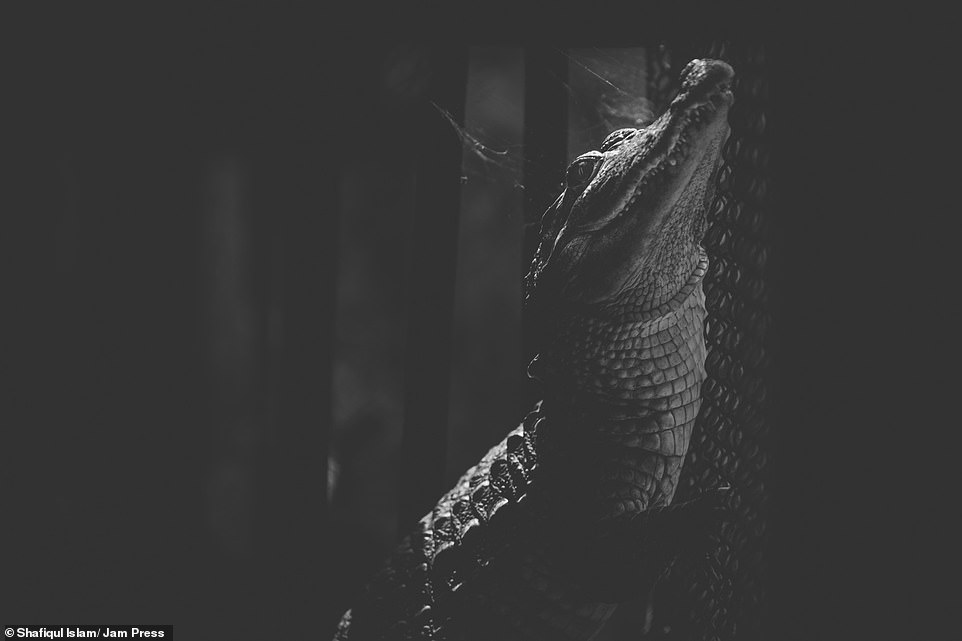 Poking its head out: This crocodile-like creature slants its mouth upwards and appears to be looking out from behind bars 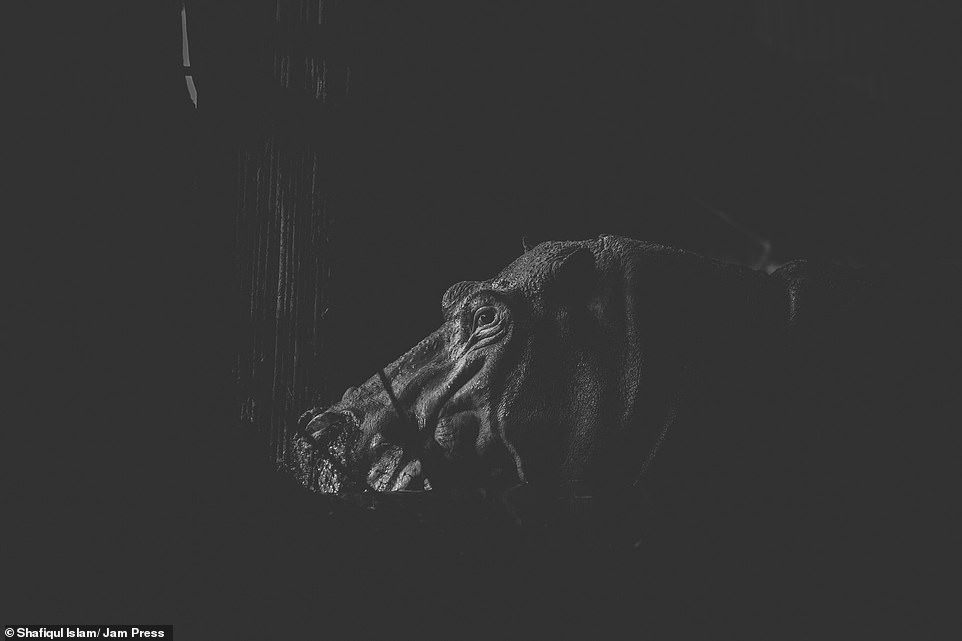 Contemplation: Only the eyes and head of this hippo are visible but it is clearly looking out through the bars of a cage 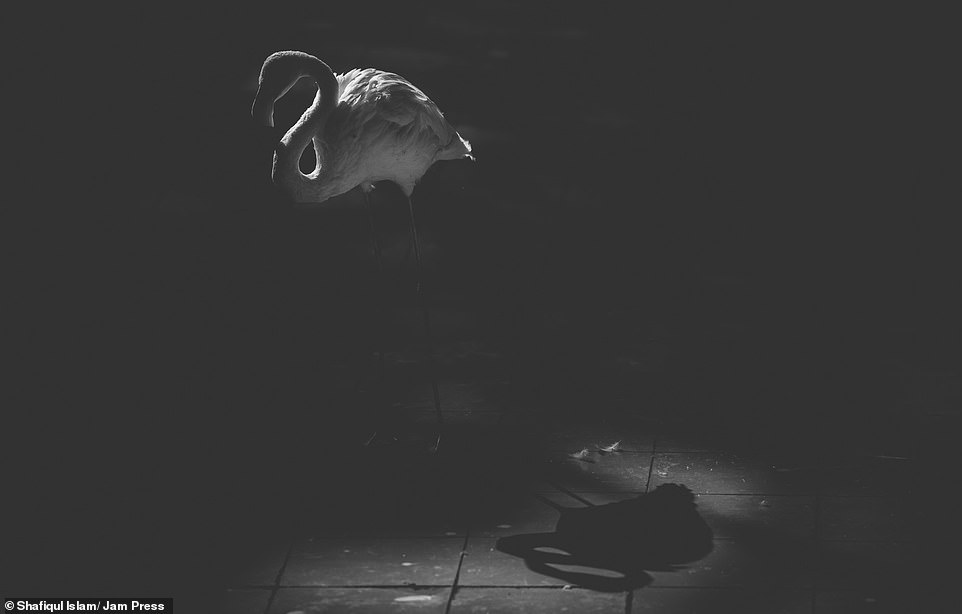 Standing tall: This flamingo casts a long shadow with two of its feathers lying on the ground below it at the Bangladeshi zoo 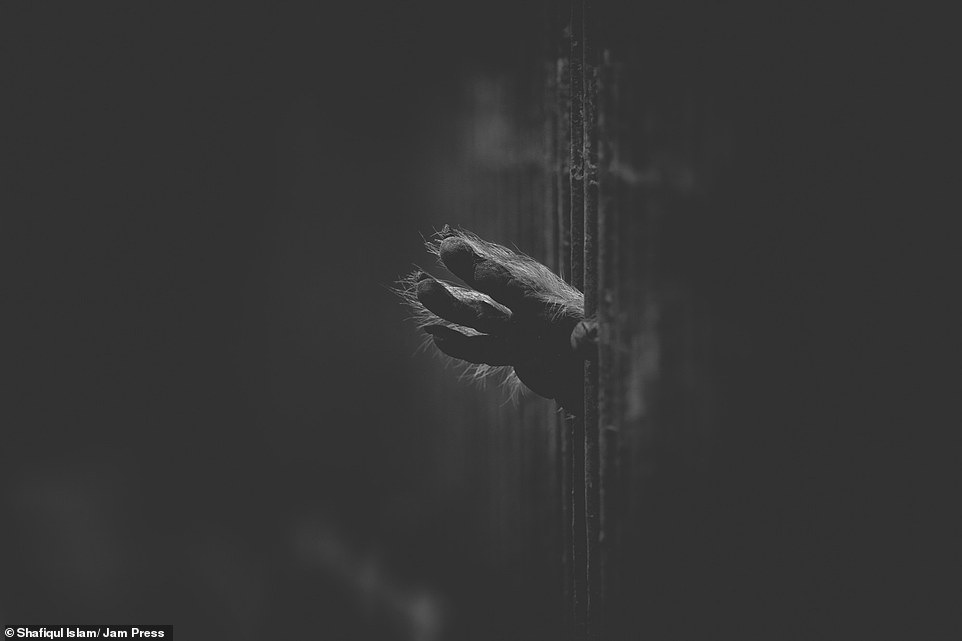 Helpless: This animal reaches out with its hairy fingers through the bars of a cage. The rest of its body is not seen 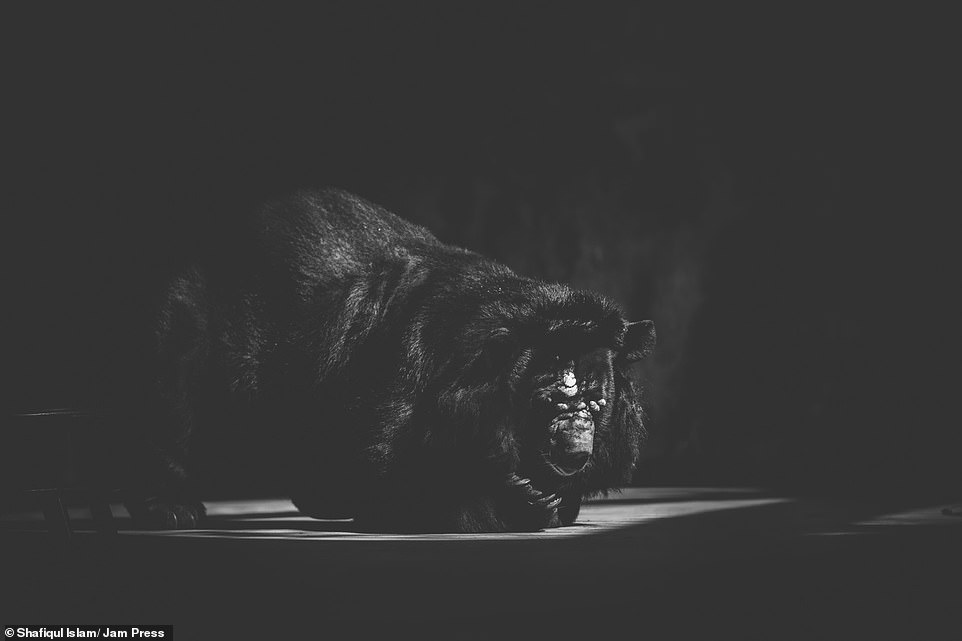 Cry for help? Photographer Shafiqul Islam said he could detect a ‘silent scream’ in the photos of animals such as this one 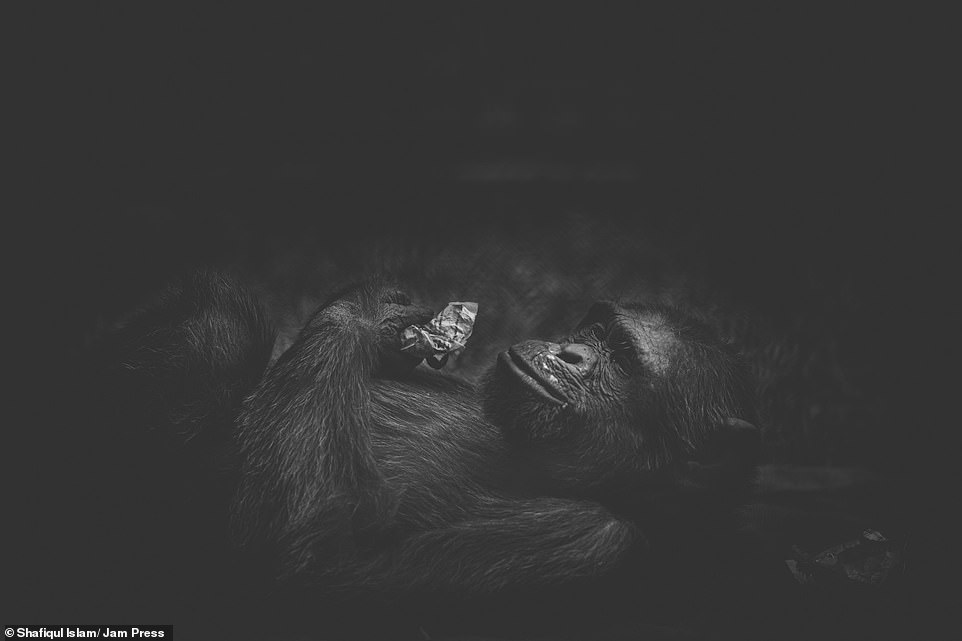 Something to hold on to: This ape is lying on the ground with one hand grasping what looks like a food wrapper

This photo project empowers you to “rock your ugly” and...