The cute dog who starred as Cheddar in Brooklyn Nine-Nine has died.

The Corgi, who was called Stewart, was put to sleep earlier this week, his owner has confirmed.

However, he spent his last few hours having fun – with a trip to the beach, In & Out burgers and relaxing in the sunshine. 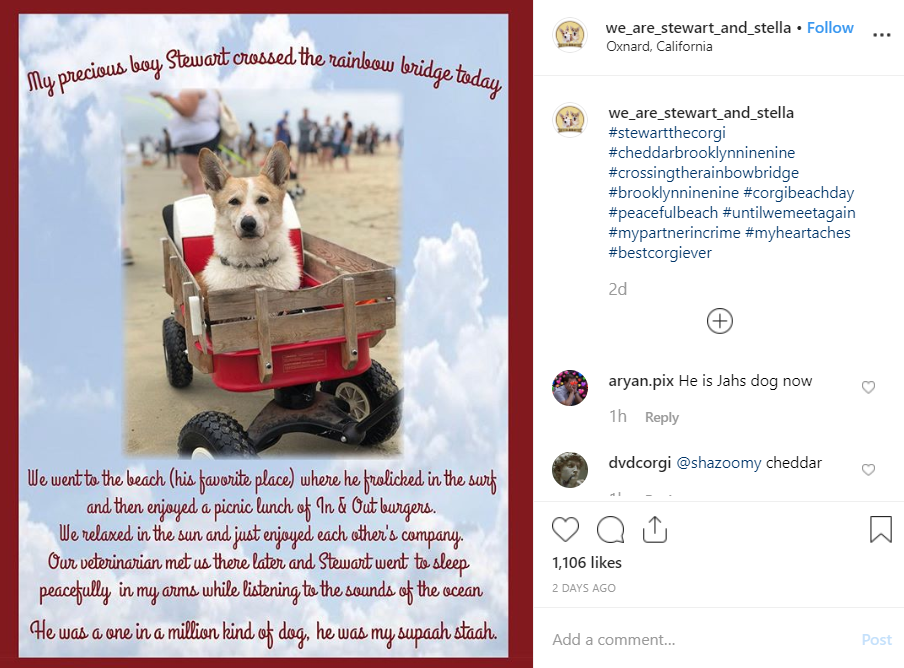 His owner announced the sad news on Instagram. Credit: Instagram/@we_are_stewart_and_stella

In a heart-wrenching post shared on his Instagram, his owner wrote: “My precious Stewart crossed the rainbow bridge today.

“We went to the beach (his favourite place) where he frolicked in the surf and then enjoyed a picnic lunch of In & Out burgers. We relaxed in the sun and just enjoyed each other’s company.

“Our veterinarian met us there later and Stewart went to sleep peacefully in my arms while listening to the sounds of the ocean.

“He was a one in a million kind of dog, he was my supaah staah.”

The adorable dog had an army of loyal fans who loved watching him with his on-screen owner Captain Ray Holt. 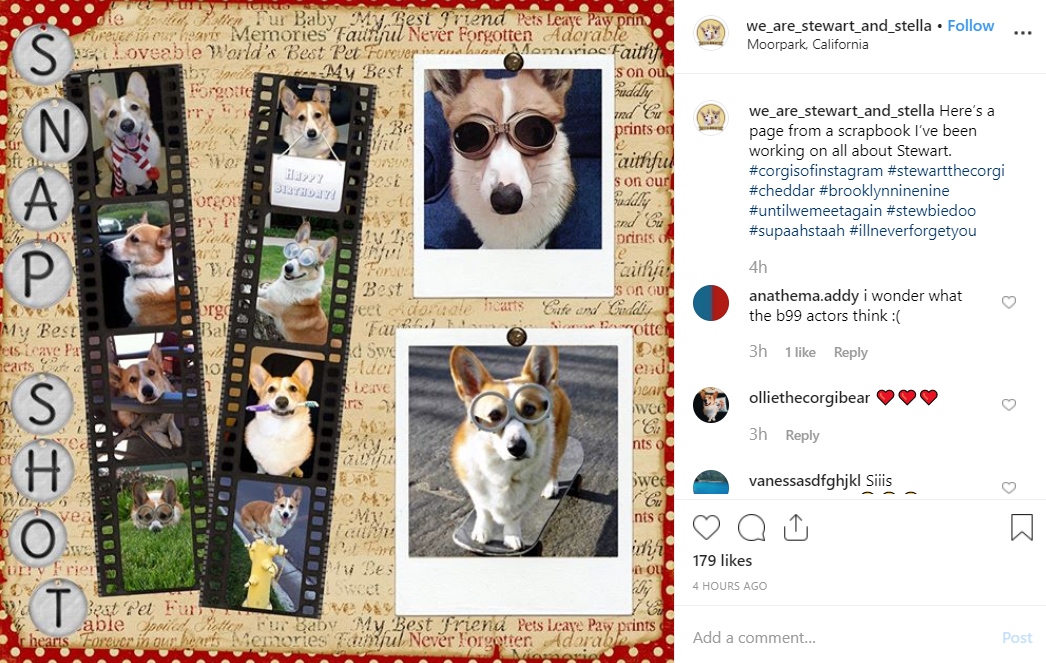 The dog played Cheddar in the hit comedy. Credit: Instagram/@we_are_stewart_and_stella

Over the years, Cheddar has been played by a number of different Corgis, but he was the longest-serving pooch.

Tributes to Stewart have begun to pour in on social media, with one fan posting: “My heart hurts. Stewart, the dog who played Cheddar on Brooklyn Nine-Nine, just passed away yesterday. RIP to the goodest boy there ever was. You were never just some common bitch.”

While a second wrote: “Stewart, who played Cheddar in Brooklyn Nine-Nine died recently. He was one of my fave TV doggos.”

Trainer Michael W. Miliotti spoke to Entertainment Weekly about the dog a while back where he revealed that the cute dog liked to ‘get the laugh’ out of his co-stars.

“Stewart is not necessarily one of our full-time movie dogs, so he works when he needs to work, but he’s not always working,” he said.

“So when he does get on set, it’s a fine line of keeping him under control and un-clownish, because he does feed off the energy of the set, so if he does make a mistake and there’s a reaction, he will make the mistake over and over again just because he can get the laugh.”