By BuzzDeptTeam
8 months ago8 months ago
6views
0
ShareTweet
, 0 points

By Luke Andrews For Mailonline

Horrifying undercover footage from Welsh puppy farms shows dogs languishing in the dark and trapped in concrete faeces-covered cages without food or water.

Heartbroken rescuers, from BBC Wales Investigates, were so shocked by the squalid conditions that they even rescued an animal – only to discover she had a dead puppy inside her.

All farms investigated by the BBC in Carmarthenshire and Ceredigion had been licensed by councils despite evidence of parovirus, mange and other diseases – and a farmer kicking a dog during an inspection. 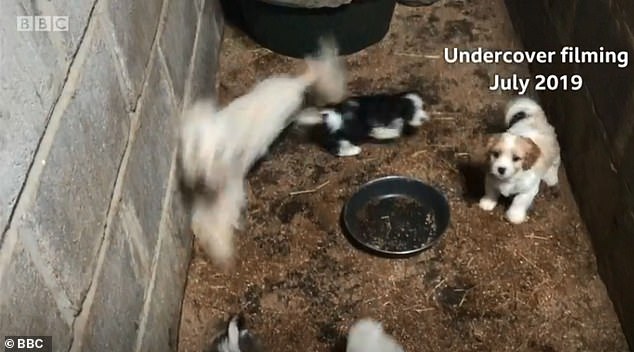 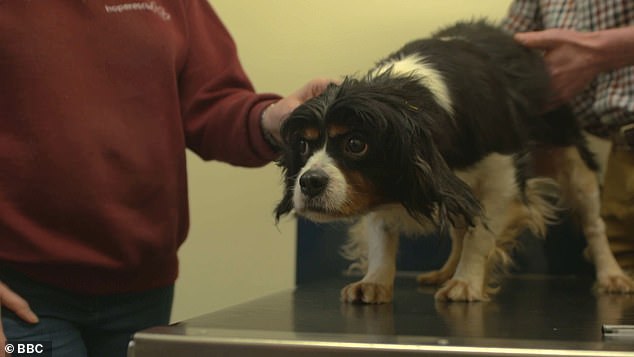 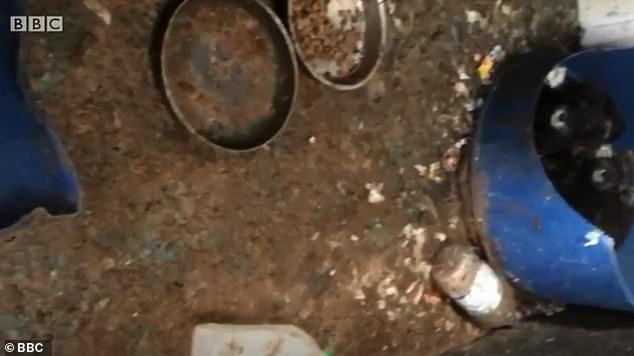 The disturbing footage, from at least five different farms, shows terrified dogs with matted coats that are too nervous to approach humans – and a puppy’s decomposing corpse dumped outside a cage.

In the cruel housing, baby dogs are also filmed huddling together for warmth in one farm, while at another dogs are left in cages that are open to the elements.

They are also left with bare concrete floors without any toys for them to play with.

The animals, which can be sold for more than £650, are the victims of an industry worth around £12million in Wales alone.

Viewing the clips, veterinary director at The Dogs Trust, Paula Boyden, told the BBC that it was ‘just so wrong on so many levels’.

‘It’s hugely saddening and really quite upsetting to see the number of dogs that I’ve seen kept in those sorts of environments, that’s their life,’ she said. 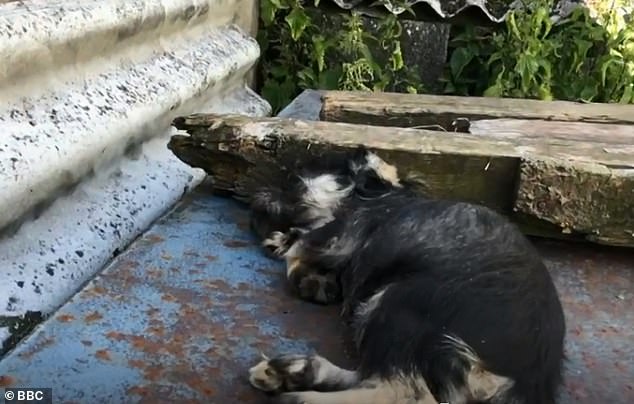 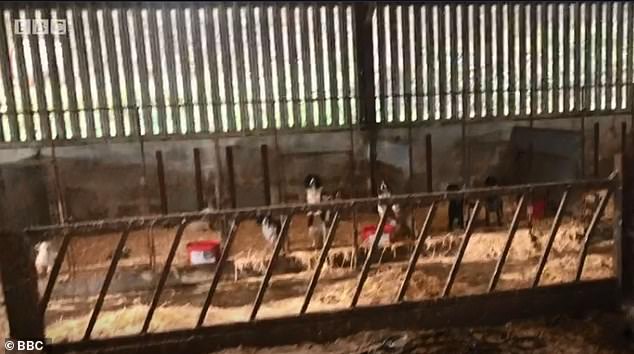 Some also kept their dogs in cages open to the elements, such as this one pictured above 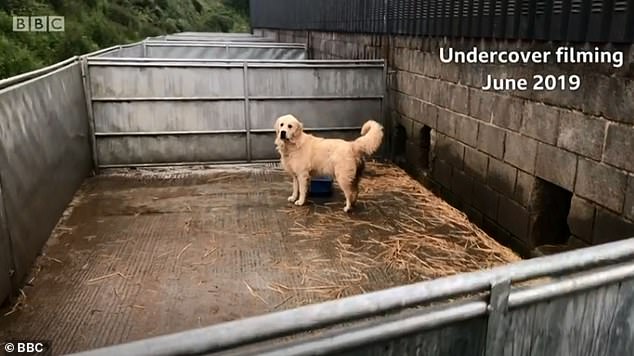 The animals were also left in sparse, concrete and iron cages without toys or other enrichment items

Despite handing out the licences, Carmarthenshire County Council said it would not hesitate to prosecute anyone who breaks the rules.

Ceredigion County Council said that improvements had been made at some of the farms shown in the footage, but that they had to strike a balance ‘between enforcement and education’.

MP for Carmarthen East and Dinefwr, Jonathan Edwards, admitted he was concerned that licences were given to people ‘who do not have the welfare of these dogs at heart’.

‘An investigation is required for these unscrupulous activities. It seems clear to me that the current regulations under this government are inadequate,’ he said. 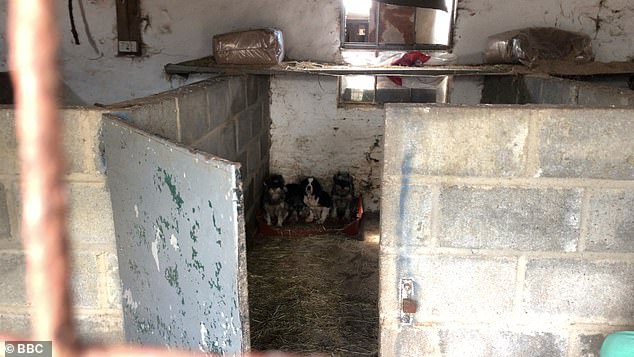 Dogs pictured being kept in near darkness at a puppy farm in Wales investigated on the programme. All the farms had got their licences from local authorities 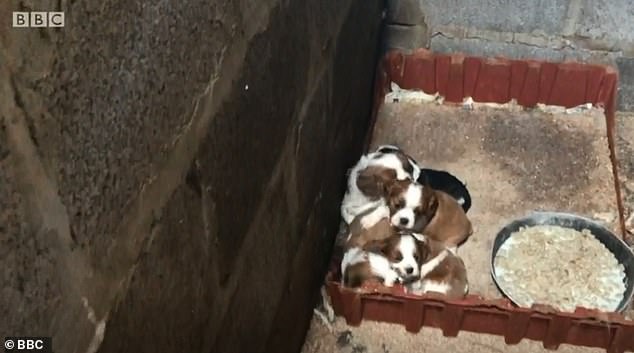 Filming in the darkness at one of the puppy farms, a group of puppies were also shown huddling together for warmth

The Welsh government has said it will review breeding regulations following the programme.

Animal charity Hope Rescue launched a petition calling on the Welsh government to review dog breeding in Wales which has so far gathered 3,979 signatures.

A Behind The Scenes Look at Installing the Claude Monet...