There aren’t that many animals who can show us what being faithful truly means. Only around 3-5% of them have one partner for their whole life. And some couples even have their own relationship traditions that are the purest display of their devotion to each other.

We at Bright Side found 7 animals who mate for better or for worse and who set an example for all of us.

1. Sun conures choose their partners at around 4-5 months old. 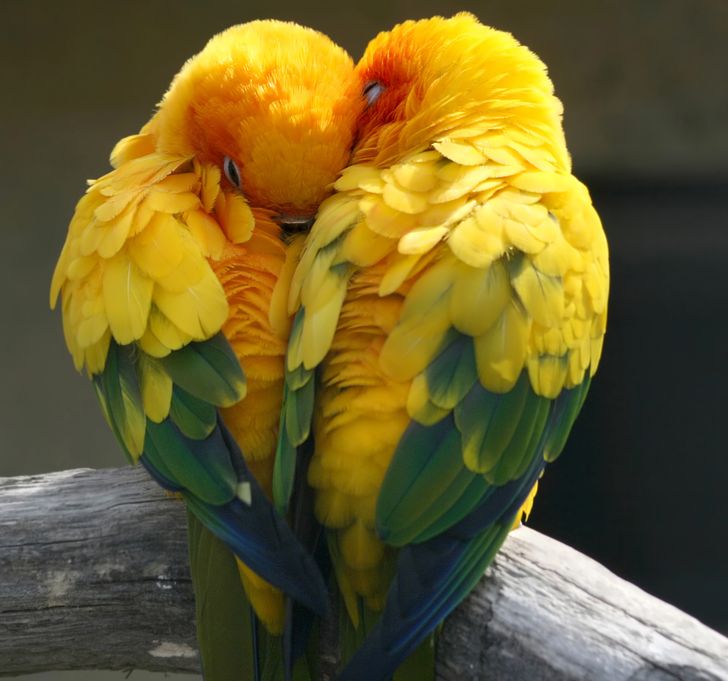 These small parrots live in the northeastern part of South America. They are very social and live together in flocks, communicating in high-pitch voices. Before getting into a serious relationship, they start by feeding and grooming each other. 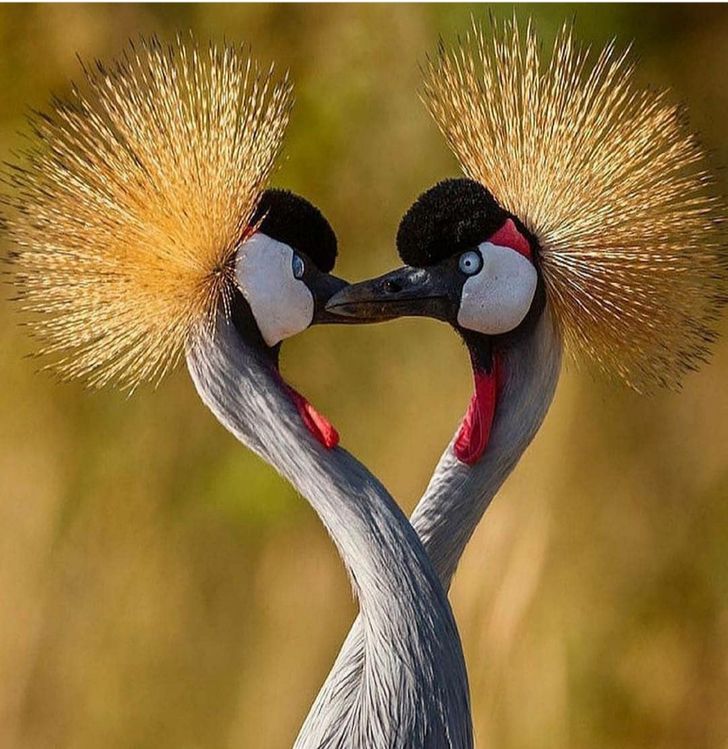 These birds that live in Uganda take their relationship very seriously. To show their commitment, 2 young partners dance with each other in front of the flock before they move away to nest.

3. Coppery titi monkeys may get jealous. 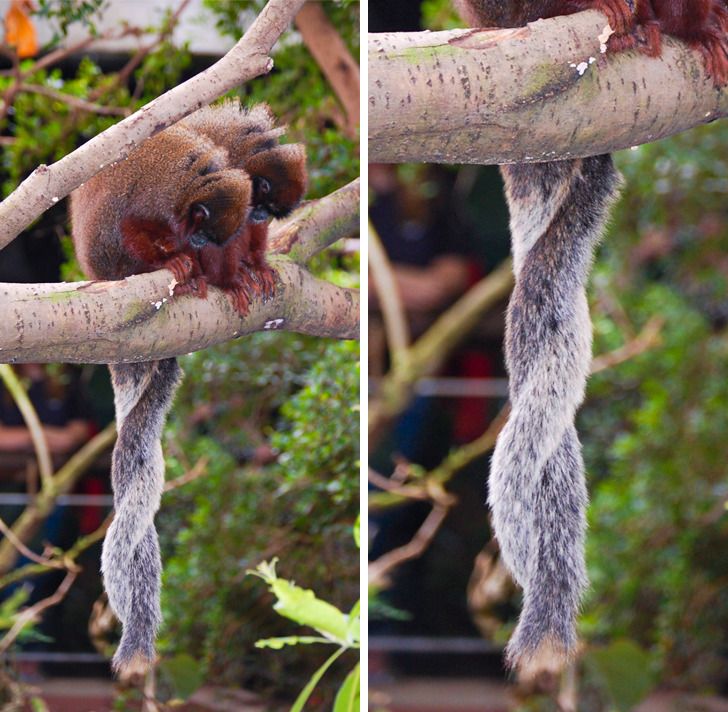 Titis live in the rainforests of South America. Their relationships are very special in the animal kingdom, because they bond with their partners emotionally. They even get distressed when they’re separated. Couples even remain together after mating season, spending their romantic moments sitting side-by-side with their tails entwined.

4. Atlantic puffins rub their beaks together, like they’re kissing. 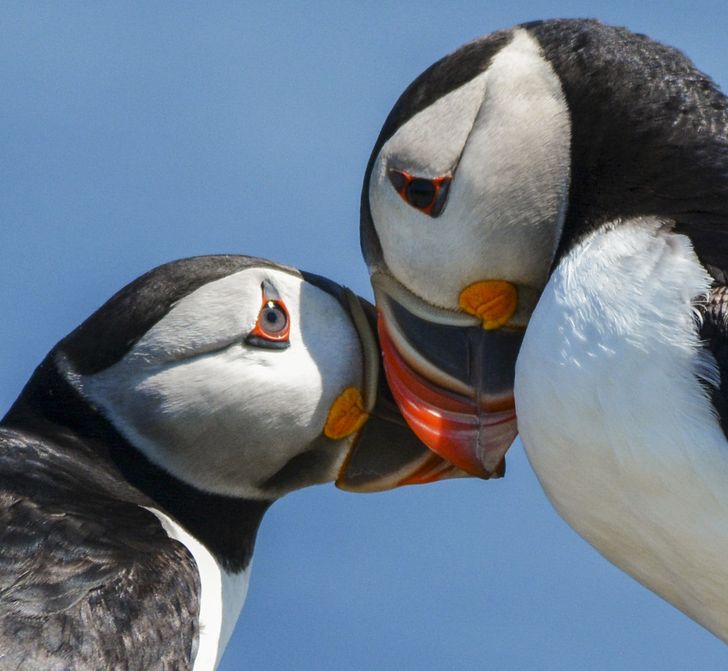 These small birds rarely change their partners, and each year they come back to the same place to nest together with their beloved. Once the mother lays an egg, she takes care of it and the father brings food and defends the nest.

5. White’s seahorses stay with each other until one of the partners dies.

Both parents are very responsible, but mother nature has some tricks up her sleeve when it comes to these guys. In this couple, it’s the female who needs to put some effort into attracting a male. And once the male is “in love,” he is the one who gets pregnant and carries the babies for several weeks.

6. Dik-diks heroically defend their partners from other admirers. 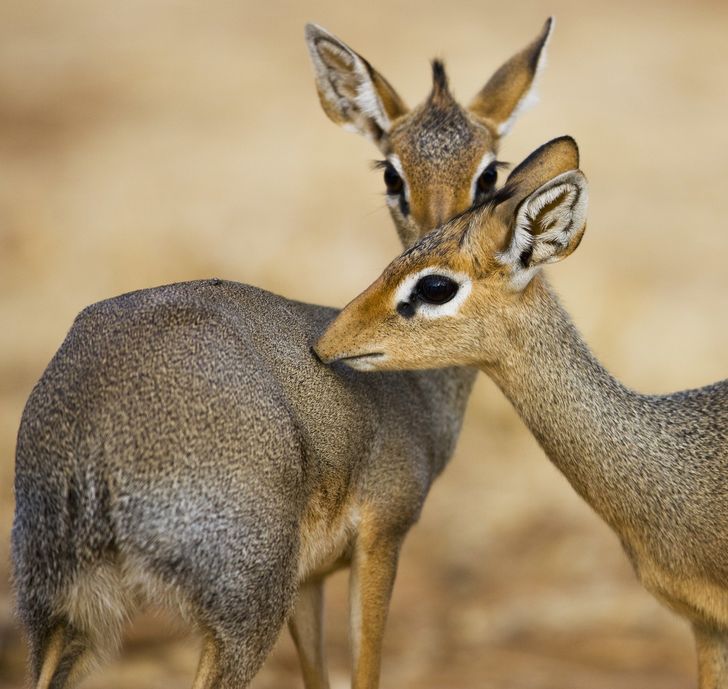 These dwarf antelopes may be small in size, but they have big hearts. Even though conflicts are rare, males are always ready to fight for their loved ones. When the other dik-diks appear, both males dash at each other, stop rapidly, nod their heads, and turn around, repeating this ceremony until the opponent gives up.

7. Otters hold hands while they are taking a nap to avoid losing each other. 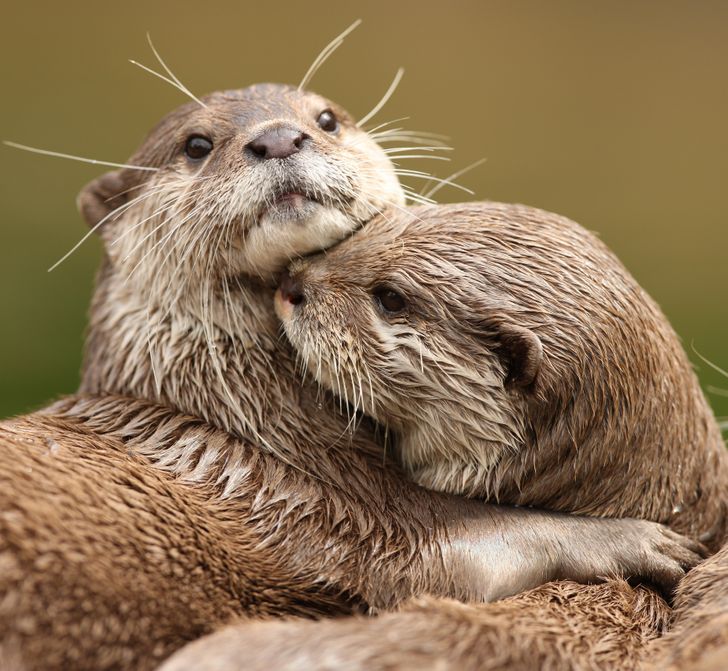 Giant river otters remain a loving family and live together in a community with other otters once they have offspring. They divide their family tasks equally, and sometimes other otters may even help by babysitting.

What traditions of these animals made you go, “Awwwww…”? Do you know any other animals who stay with their loved ones forever?

15 Crazy Life Experiences Ive Had Thanks to Travel

China records a case of dengue fever after bubonic plague...